We are a group of non-political people who are against the Premier's sudden and reckless proposal raising the minimum wage to $15 per hour. In our opinion, this sudden and huge increase in minimum wage will do a great deal of harm to the economy of Ontario, and subsequently, Canada.

Basically, politicians have been using this easy, simple, and quick fix for almost a century. It did not help our economy in the past. In fact, it could be the main reason for the loss of a great number of manufacturing and industrial jobs in Canada and the rest of the Western World.

In our opinion, an increase so sudden and so huge will bring chaos to the market the results of which would manifest themselves in the loss of a great number of jobs. This is not just speculation. In Missouri, the state government had to repeal the latest increase in minimum wage because of job losses and business shut down. Other cities have suffered after raising the minimum wage as well.

In the last few decades, policies as such have killed most of the good paying jobs in the Western World. We predict that in next few decades, practicing the same policies will result in more people losing their jobs – both high and low-level ones.

Presented on this blog are a number of reasons to debunk the benefits Wynne is promising.

We will show you why we are against her policies. Hopefully, we will convince you to join us in denouncing this proposal.

Listed below are the benefits of our proposal:

Listed below are the negative consequences such a policy would have on the economy in the long run:

In conclusion, we see no winners in The Premier’s proposal.

none of the above will see 30% increase in benefits. Therefore, all of us will be at the losing end.

Wynne is against entrepreneurs 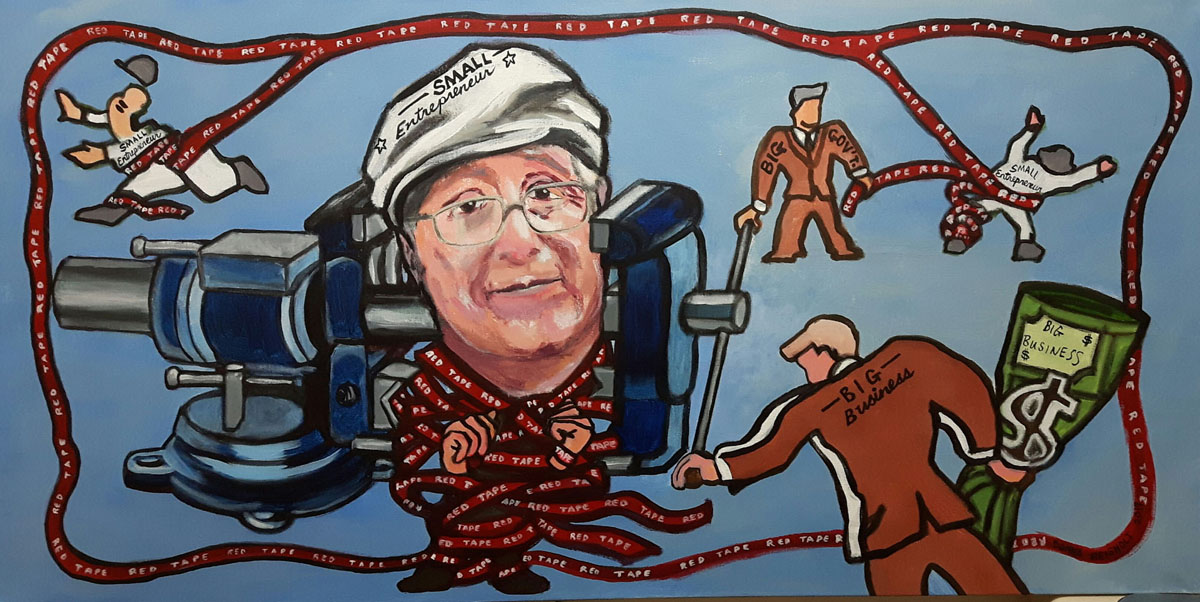 Small entrepreneurs are collectively responsible for providing jobs for most of the workers. Most of them are already struggling. This sudden, quick, and substantial increase to $15.00 is going to put many of them out of business. As a result, many workers would be losing their jobs.

The economy is too important to be left to politicians alone. This reckless, irresponsible, self-serving and short-sighted decision must be stopped. Premier Wynne is not going to listen to one person. However, she will listen when millions of people oppose her policies.

We are a non-political movement whose goal is to set the record straight about the benefits of raising the minimum wage.

In principle, market forces alone should determine when wages and salaries are to be adjusted. In fact, this was the case in Canada and most of the Western World until the year 1918. There is no doubt that in a booming economy, raising the minimum wage and wages in general helps workers and subsequently the economy. However, in Canada, we are still trying to recover from the collapse of the oil prices.

Giving raises to workers only helps when companies are not forced to close shop and move elsewhere. Which would consequently lead to job losses. Yet, this is what has been happening in Canada for the last four decades. Politicians must come to realize that raising the minimum wage is no longer the only option we have to help low income earners.

We can help this group of workers without causing our cost of living to increase. This is what our movement is all about. If governments waste billions of dollars every year because of bad decisions. If governments are able to help so many groups of people and subsidize so many multi-nationals, they should be able to find a way to help low earners without hurting the economy.

If our political leaders have no alternative for raising the minimum wage, we invite them to read about our proposals. More importantly, we invite Canadians to learn why our suggestions are by far better than what Premier Wynne and other politicians keep introducing.

In our view, Canadian politicians should try their best to keep our cost of living down. Our high cost of living has already killed millions of jobs in the manufacturing and industrial sector. This new increase in the minimum wage is going to kill more jobs. The only difference this time around has to do with killing low income jobs along with the good ones.

Politician tactics have already killed many industries in this country. They should be working on creating quality jobs instead of killing more jobs. Moreover, they should revisit the reasons we have lost most the good paying jobs in Canada. They should reflect on how contradictory their decisions could be.

On one hand, we have a federal bank whose main task is to keep inflation under control, on the other hand, we have politicians who are introducing inflationary policies. This does not make any sense and does not stand to any logic. This movement is determined to put an end to this confusion.

In our view, not only should politicians stop this political charade, they should also revisit the past and study the causes that led to the losses of good jobs in our country. Next, they should work on eliminating them. History shows that mismanagement, missteps and flawed policies of the past are responsible for the loss of good jobs in Canada.

The problem with decisions made by governments lies in their anemic nature. It takes decades before they start showing their ill effects. The mess we are in now goes back to decade old misguided measures implemented by politicians of all parties.

We should not have to wait decades more to discover the harm of current political decisions taken by a Premier who is desperate to be re-elected. Canadians deserve good paying careers. Politicians are not being helpful nor inspiring by asking them to settle for low paying jobs.

Premier Wynne is playing games with your livelihood. Get involved and send her a copy of this whole essay. Including the pledge below.

Furthermore, should the Premier insist on implementing her policy, we will be actively seeking her dismissal. In fact, we will be employing every legal mean to force her out of office. To begin with a person who propose a quick and sudden increase as such cannot be qualified to be in charge of our future and of that of our children.

Share this site with your friends, family, and contacts as well.

Robert Skaf has been an entrepreneur for over 50 years. His motivation to start this blog was to warn the public that not all of Wynne's promises are as beneficial as she touts them to be.